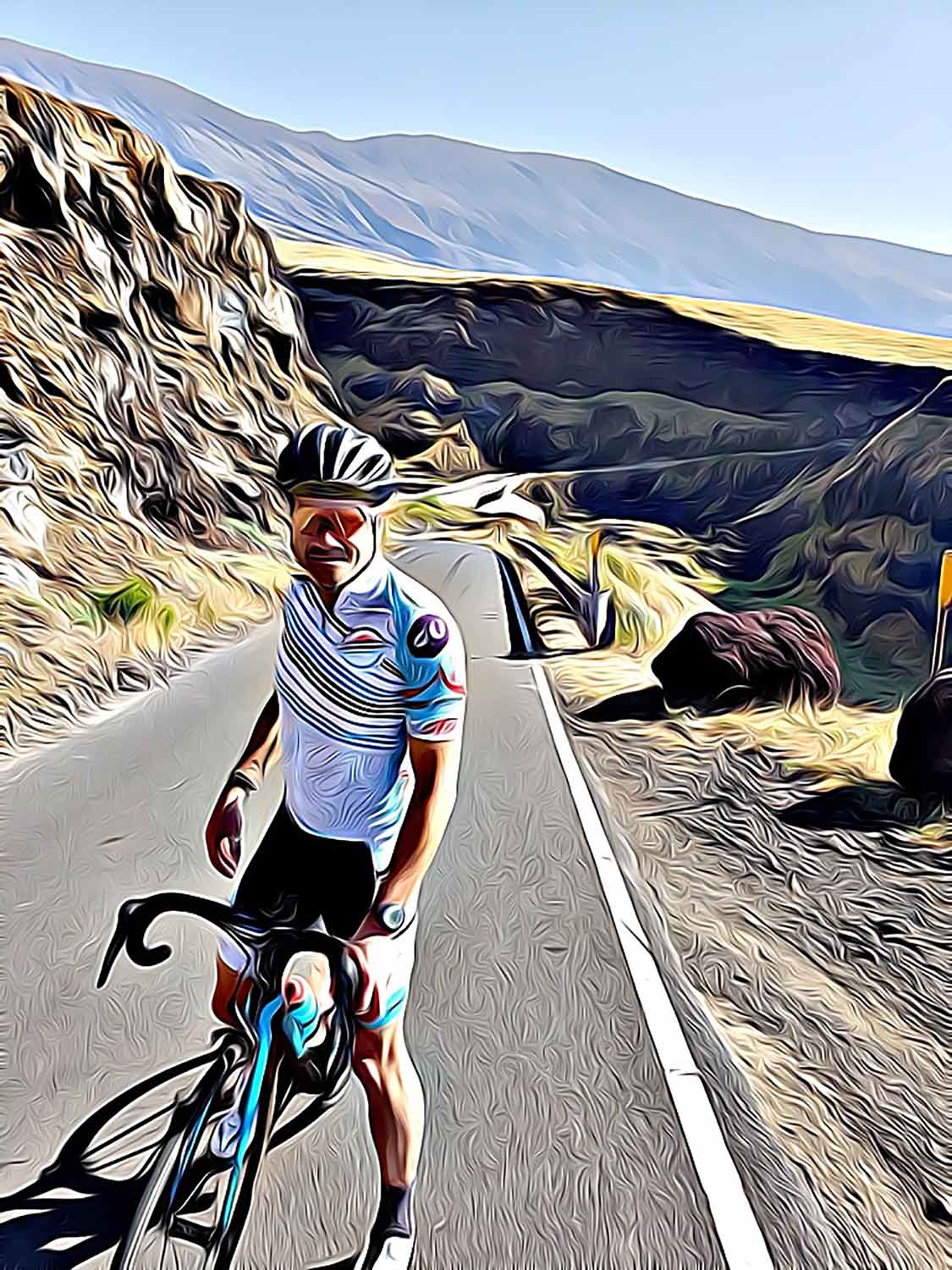 The roads are smooth, have a huge number of bike lanes, and the drivers are courteous!

This was my second camp with Andrew and Paul and by far the best for weather and location. Besides stunning scenery, the coaching was top-notch and I’m looking forward to my next race to see how much I’ve improved. Thanks Andrew and Paul for all your hard work!
Larry Grandelli
Teacher

WOW! Thanks guys for one of the BEST athletic experiences of my life. The camp was well-planned and executed. The location is classic for cyclists who plan on tackling Ironman. I know I’ve gained a lot and will know how much once I recover, lol 🙂
Beth MacArthur
Amateur Athlete

My goal is complete an Ironman event and I have a long way to go. But after this camp, I’m confident that I can do it. Thanks Andrew and Paul for making this experience worthwhile. The coaching was customized to the level of each participant, the location was superb and I look forward to returning to Hawaii as a competitor!
Kelvin Jang
Publicist


Finally…getting a chance to sit down and recap our (that being Paul Cross and I representing Academy Institute of Higher Stamina) first training camp in Kona, Hawaii. This camp was a mixture of cyclists & triathletes and the 2 groups gelled into one tremendously! I’d been to Kona twice before, once to watch the actual World Triathlon Championships, but never had I really had the opportunity to discover how awesome the big Island really is… until now.

Kona has it all but I think it’s important to start with the welcome warmth & sun. Most of us here on the west coast had been subjected to relentless cold, wet & cloudy conditions since the fall, so when Kim & I stepped off the plane onto the tarmac, it truly was a breath of fresh air! Low to mid 20’s in the evening, low-mid 30’s during the day = YES!

As far as training goes, it cannot get any better than this. You can run on the famed Alii Drive as you hug the some of the best beaches on the planet. Our campers had a opportunity to swim (for free!) in the city’s 12 lane 25yard outdoor pool. But nothing could beat swimming in the warm, clear azure blue waters of the Pacific. Paul and I chose 3 locations: the Ironman swim area, Captain Cook Bay and Hapuna Beach.

What made Kona super special was the roads for riding. The roads are smooth, have A LOT of bike lanes, and the drivers are courteous. You could choose to ride hilly or flat…tropical, desert or farmland roads.

The Queen K Hwy was pretty cool. If you forgot about your ride & imagined knowing that Mark Allen or Jan Frodeno won this epic race on these roads, it would send a chill down your spine despite it being 35 C!!

Once we ventured off the coastline roads, our crew discovered so many wonderful routes…and hilly ones. It wasn’t uncommon to find grades as high as 15%. Many of the campers suffered on these roads, but I can almost be certain that they wouldn’t have had it any other way. Challenging routes makes for tougher & stronger riders.

Once Day 1 training was in the bag (including a relaxing 30min Yoga session to end our day), we all scarfed down some incredibly tasty food choices along Alii Drive and slept like logs knowing that we had 4 more days of this torturous yet wonderful training environment to discover.

To your best effort –